Americans send their submarine to intercept damaged U-571 and the Enigma machine that, in their minds, will change the face of the war.

When German U-Boat U-571 is heavily damaged by British destroyer in the Atlantic Ocean American intelligence sees it as opportunity to lay their hands on undamaged Enigma coding machine. They quickly set up crew and send the S-33 submarine to meet U-571 pretending to be a German submarine that came to help them. When they reach their target another German submarine sinks the S-33, which forces the American sailors to fight their way back to Allied port aboard the U-Boat.

This war film is Titanic carrying manure (in translation: the biggest load of crap you have ever seen). It is even hard to choose where to begin list of all the historical inaccuracies that the creators managed to put into their story:
1. Allies had Enigma before United States even joined the war,
2. as it was stated at the end of the movie Americans did intercepted Enigma machine in 1944, but it was achieved because they knew where to find the U-Boat... thanks to informations gathered from Enigma code and mistake of German crew (they did not manage to blow up the boat while abandoning it),
3. German destroyers did not operate on Atlantic,
4. if German destroyers would operate on Atlantic they would not operate on their own (Germans didn’t have much ships to spare),
5. hitting a radio tower on destroyer with a single shot would be a miracle,
6. the topedo duel between submerged subs would be another miracle - there is only one example of such successful attack during World War 2,
7. Black sailor aboard submarine (and not in auxiliary role) would be imposssible,
8. the bow attack on the destroyer would be another miracle,
9. U-Boat was too damaged for Germans to return home, but brave American boys did managed to make it work again...
and so on, and so on.
U-571 obviously was planned as competition to Bible who can get more miracles in a single story. And Bible won, but only just. The Americans managed to create alternative history for that movie, rest is just action flick with good cast and really, really unrealistic script, which is a shame, because they did decent job recreating some of the scenes. 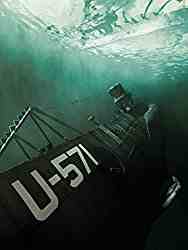 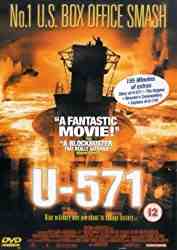 Events depicted in U-571