Oliver Cromwell becomes a leader of revolt against the unjust reign of King Charles I, the civil war that changed the England forever.

Devout Puritan Oliver Cromwell, former member of Parliament, tries to stay away from politics, but when new policies of King Charles I and the strong influences of Catholic church on Church of England begin to influence his own life prepares to move to New World with his family. At the last moment he is persuaded by his friends to stay in England and become active politician again. King Charles reluctantly summones the Parliament for first time in 12 years so they could vote to give him the money he needs for wars with Scots and Irish. But the MPs decide not only not to give him the money, also they have voted that king’s advisor Earl of Strafford should be executed for treason against the nation, since he was trying to arrest the Members of Parliament, who were against the king. King Charles have signed the execution orders, but since he still did not get the money he demanded (Parliament was demanding introduction of constitutional monarchy in exchange) he also signed the orders to arrest five of the MPs. Four of them have fled the House of Commons, while Oliver Cromwell remained at his place and faced the king. He warned Charles I that his conduct may lead to something serious - the civil war. Soon his words became fact.

Historic drama set before, during the English Civil War and presenting the aftermath when Cromwell became Lord Protector of England. Two great actors, Richard Harris and Alec Guiness, played the main characters in this clash of the Parliament and the king. Although the plot has many historical inaccuracies (f.e. Oliver Cromwell wasn’t one of the five MPs to be arrested, his son did not die during the Battle of Naseby, Cromwell wasn’t even present during the Battle of Edgehill, etc) it is still a gripping story that keeps the viewer involved throughout the over 2 hours of it. Battle scenes were only a background for the main story, so it is more historical and political drama than strictly war movie. 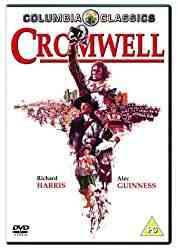 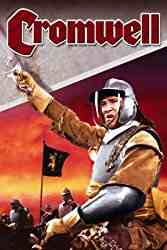 as King Charles I

as Earl of Manchester

as Prince Rupert of the Rhine

as Earl of Strafford

as Earl of Essex