Best American figher pilots compete for the honors and a woman.

While on patrol over Indian Ocean two F-14 Tomcats are approached by Russian MiG-28 fighters. Since it is middle of Cold War the open conflict could be catastrophy for whole world, so Pete "Maverick" Mitchell manages to shake the MiG off and help the other pilot to land on the carrier again. For this action he is sent to Top Gun, a Navy’s Fighter Weapons School where he can improve his skills. In the base he fells in love with attractive instructor Charlotte "Charlie" Blackwood and starts the rivalry with other pilot Tom "Iceman" Kasansky.

1980s hit that pretty much started the career of Tom Cruise. As for war movie it isn’t particularly good - the dogfight sequences were done with a lot of effort, but the romance bits and alpha-male rivalry with Val Kilmer kill the atmosphere. Also just like in other productions from same era we still see fictional planes (MiG-28) played by old American planes (F-5 Tiger) which doesn’t help with realism of the production. 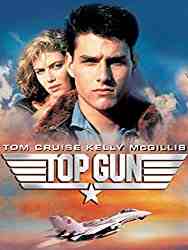 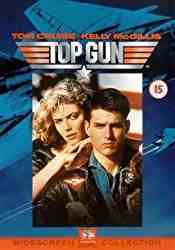 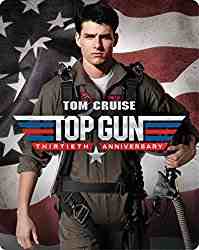