During Christmas 1914 officers on the frontline decide to have informal truce for the time of holiday. What started as gentlemanās agreement ended up in most extraordinary event of World War 1.

In 1914, when World War I has started, soldiers on both sides of the conflict believed that the war will last no longer than just few weeks. When the Christmas 1914 were coming the officers on the front have done something that their superiors were not expecting - they decided to have a truce for the time of the holidays. The informal truces along the frontline surprised the headquarters and the generals were furious that their soldiers instead of fighting think only about their families left at homes and that they are not gonna spend the Christmas with their loved ones.

But the truce was only the beginning. Opera singers Nikolaus Sprink, who has joined the army, and Anna SĆ¶rensen were visiting the German trenches to wish the soldiers a happy holiday, when something extraordinary happened. When they heard Scottish soldiers play Silent Night Sprink begun to sing the German words to that carol. Soon soldiers in both trenches begun to sing along. Despite the initial distrust the soldiers made use of the proximity of their trenches and went out to the no manās land. Soon they were talking to each other, singing the Christmas carols, playing football matches, exchanging souvenirs, food and cigarettes. But then the Christmas passed and both sides were suppose to get back to fighting again.

The film depicts one of the most extraordinary and very significant event of the World War I - so called Christmas Truce of 1914, when the officers on the frontline decided to have a truce for the time of holiday. What started as gentlemanās agreement led to a full scale fraternisation between the soldiers that were suppose to hate each other and fight each other to the bitter end. The events during the Christmas 1914 showed two facts quite distinctly. First one - the war was started by politicians and generals eager to have a confrontation, while the soldiers fighting in the trenches felt that this isnāt their war and being decent human means more to them than being a good soldier. The other fact - the truce changed the people on the frontline. When you put a name to a man in the enemy uniform it isnāt that easy to aim and shoot him knowing that just few days ago you were smoking cigarettes together, sharing stories about your families or exchanging souvenirs.

Despite lack of realism it is very moving war film that presents the whole absurdity of World War 1 - from the moment the soldiers realized that in the other trench there are people like them the whole conflict lost any credibility. Film worth to see even just to learn something about people that lived 100 years ago and died in the most senseless war. 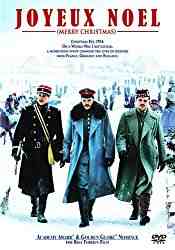 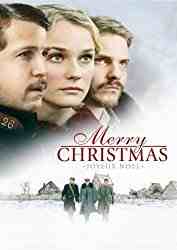