In 1941 China was still fighting alone against the Japanese invasion. Imperial Army was taking further provinces of China closely supported by the Japanese air force. Chinese didn’t even have planes, nor pilots, that could match the power of Japanene Empire until the 1st American Volunteer Group was formed. American pilots flying American P-40 Warhawk fighters were operating from airfields in China and from that point Japanese bombers had to take under consideration they are not alone in the sky. Jim Gordon is commander of one of such squadrons, his pilots see their service in China as part of the effort to stop Japanese invasion, but also as a way to make some money since they were payed bounty for each enemy aircraft shot down. One day Woody Jason, Gordon’s old friend, joins the squadron, but soon proves to be arrogant and hot-headed, which causes problems within the unit.

Flying Tigers is very much alike any other John Wayne war movie with some propaganda, some history and lovely nurse waiting for him back on the airfield. The story of Flying Tigers is actually true, the American volunteer pilots played important part in slowing down the Japanese offensive in China, but of course all the characters in movie are completely fictitious. Even though the film was made in 1942, when war effort became important part of life in United States, real planes were used in some of the scenes and whole production is not as bad as might have been. The weak point is again the weak script and completely unnecessary personal elements in the story. 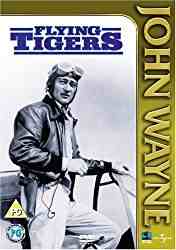 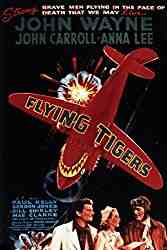