In 2006 British forces were sent to Afghan province of Helmand to take part in the NATO-lead operation to restore peace in the land torn by the Taliban insurgency. The operation was initiated by American invasion in 2001 and after 5 years the situation in Afghanistan is still unstable. Small British unit, Operational Mentor and Liaison Team, responsible for training of the Afghan forces, is on the patrol somewhere in the province. The commander of the team, Captain William Richardson, sees this service as his solemn duty and expect his men to be equally proud of the uniform they are wearing. But the morale among the men in his unit are far from his expectations - they are disillusioned that their mission in Afghanistan have any meaning, they would much more prefer to just pack it in and return home. The civilans are suspicious towards them, the Taliban partisans are trying to kill them, the superiors in British Army provide them with equipment not suitable for the job they are expected to do. They receive orders to continue the patrol in the area, but when one of them is killed by Taliban all the concealed emotions are about to erupt...

Independent war movie written and directed by former British Army soldier, although he did not take part in the War in Afghanistan. In form it is very similar to 84C MoPic made by Vietnam war veteran - shows not the military actions per se, but concentrates on people involved in the operations. We don’t see war heroes about to throw themselves on enemy bunker - we see ordinary people, who have their plans, their ambitions, their families that they would prefer to see instead of being stuck somewhere in the desert fighting the war that has no meaning for them or pretty much rest of the world. As for war movie it is more of psychological drama than action movie, but shows the point of view of the veteran of the conflict and presents what the soldiers feel while being on the patrol in the part of the world they never heard of before. 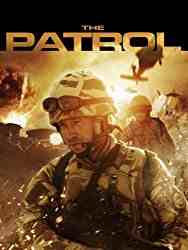 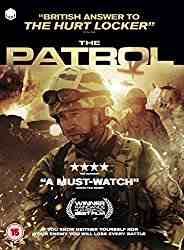 Creators of The Patrol

Cast of The Patrol

Events depicted in The Patrol