Soldiers from penal unit are sent to a suicidal mission on the Eastern Front.

German 27th Panzer Regiment is sent back to the Eastern Front. The regiment is a penal unit formed out of "expendable" soldiers - politically unwanted or with criminal records - so they are given the most dangerous missions the German army can get. They are given the task of blowing up the train, which is vital for the situation on the front and despite their reluctance to take any risks they move behind enemy lines.

The Misfit Brigade (or Wheels of Terror as the book was entitled) looks horribly cheap, most probably because it was made horribly cheap. We see here few well known faces playing German soldiers (and they are the "good guys") taking up mission that seems impossible - sounds like just another B-class war flick with cheesy dialogues and poorly written scipt. And on surface it is all true - the dialogues are sometimes poor, script not very inspired and to put it on top of everything in the opening scene T-55 tank (produced in Russia after the war) is used as a German tank. Probably the modern tank was used because in the next scene they had to crash the wall with tank, but still...

But there is another layer of this movie - it is based on the book by Danish writer Sven Hassel and just like his other works it tells the stories of 27th Panzer Regiment that actually existed and was a penal unit in German army. There is still debate whether Hassel actually served in this unit or whether he only wrote down stories heard from someone who was in 27th Panzer Regiment, but most of them seem to be based on actual events.

The movie was filmed in Yugoslavia, so there wasn’t problem with getting almost original tanks (except mentioned T-55). Also one long scene of the battle between tank destroyers and T-34 tanks was surprisingly good in such cheap production. 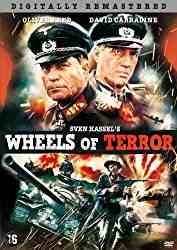 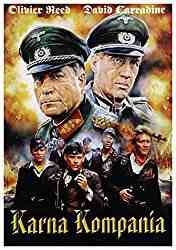 Creators of The Misfit Brigade

Cast of The Misfit Brigade

Events depicted in The Misfit Brigade