Story of British inventor Barnes Wallis and his days of glory - the raid on the German dams. In 1942 and 1943 British were looking for the ways to improve the effects of their bombings of German industrial objects that would cut down Hitler’s ability to restore the military equipment Allied damaged or destroyed. One of the strategic target were dams that were providing electricity for the Ruhr valley - the industrial heart of German empire. The dams were heavily defended against different kinds of attacks, but Wallis managed to come up with original idea - the bouncing bomb. Still it’s a long way between idea and reality.

Film showing in almost documentary style all the events that led to the raid on German dams. Good cast, well written script kept close to real events - definately worth seeing. 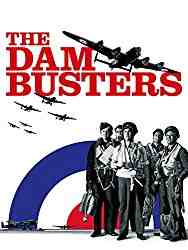 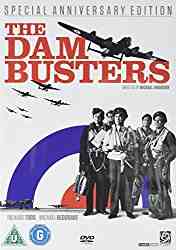 Creators of The Dam Busters

Cast of The Dam Busters

Events depicted in The Dam Busters