Fate places together three people in secluded part of Finland - their survival will depend on the trust to each other, but the problem is each of them speaks different language.

Close to the end of Continuation War Finnish soldier Veikko is left by the retreating Nazi forces chained to a rock with sniper rifle and few bullets. He is one of the "cuckoos", how the Soviets call them, the prisoner left as cannon fodder to slow down the offensive. Veikko realizes that he is all alone in the secluded area, so he has to set himself free otherwise he will die of starvation of will be killed by Soviets. Meanwhile Russian officer is transporting a prisoner, an older soldier, to the headquarters. They are travelling close to the rock where Veikko is chained, when their car is attacked by the Soviet airplanes. Officer and the driver are killed, the prisoner is wounded. The fate has spared him when local woman have found the destroyed car.

Story that takes place during the Continuation War when three people meet in the secluded area of Finland and their survival depends on trust that they can offer each other. But the problem is that each of them is speaking different language and has completely no idea what the other two are talking about. It is a little bit odd story - partly drama, partly comedy - that reveals the human nature through deeds and not words. Three completely different people have to find the trust for each other despite the fact that they can’t communicate and can only base their own behavior on instincts.

It isn’t a typical war movie, but it is definitely not one to miss. 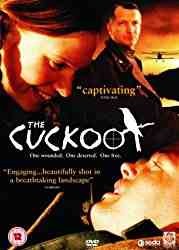 Creators of The Cuckoo

Cast of The Cuckoo

Events depicted in The Cuckoo