Davy Crockett arrives to small mission of Alamo in Texas, which is on the way of Mexican dictator Santa Anna. Colonel Travis, who is commander in Alamo is preparing the fort for the attack, which is not easy since the mission was not built as fortress. Also Travis has problem with legendary Jim Bowie, who even though is drunk most of the time, is seen as the real leader of the forces. They all realize that Santa Anna on his way to Texas will have to attack Alamo, but in order to give more time to General Houston to prepare army they are ready to sacrifice their lives in desperate defence of the mission that impossible to defend against strong enemies.

Film directed by John Wayne was for him a very personal project, but the lack of attention to details resulted in more or less disastrous effect. From the film length (from 165 to 205 minutes depending on version), financial (despite large audience the movie hardly broke even), historical accuracy (there were so many inaccuracies that historical advisors demanded their names removed) and rather chaotic script that was somewhere between historical drama, historical fiction with nonsense romance-like subplots thrown in. It was meant to be a tribute to brave defenders of Alamo, but honestly they deserved something so much better. 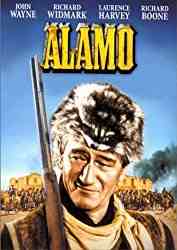 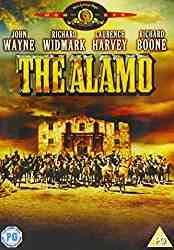 Creators of The Alamo

Cast of The Alamo 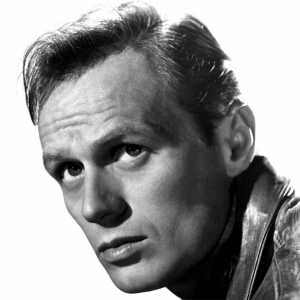 Events depicted in The Alamo