When Texans started revolting Mexican dictator Santa Anna leads his army to the republic to put down the insurrection. The place where the both sides have first confronted was a small mission of Alamo, near San Antonio. Armed with guns and their rifles Texans were prepared for the defence, but the Mexican army had huge advantage in numbers. Even though the legendary James Bowie and Davy Crockett were among them the defenders of Alamo had to wait for the reinforcements. The Mexicans have prepared the siege of the mission and general Santa Anna planned the final assault.

Another movie depicting the famous battle of the Alamo, this time made as a propper war movie and not the western style legend. The film depicts not only the battle of Alamo itself, but also what the battle led to - the battle of San Jacinto. The creators managed to make an interesting movie with with good cast, realistic battle scenes and only small amount of patriotic propaganda. 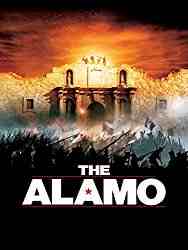 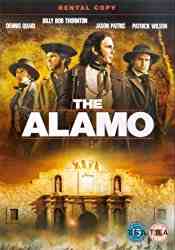 Creators of The Alamo

Cast of The Alamo

Events depicted in The Alamo