M3 Lee crew is separated from their unit and has to find the way to survive in the middle of the desert surrounded by Germans.

During the Northern Africa campaign sergeant Joe Gunn and his crew on M3 Lee tank called Lulu Belle are the only survivors of their unit. Under the heavy shelling they have to retreat towards the desert and figure out the way to join the Allied forces. On the way they meet the rest of British platoon and take them on board. They have no idea how to return to their forces, so they start their journey into the desert. Soon they see Sudanese soldier Tambul escorting Italian prisoner. Tambul knows the way to the oasis within the range of the tank, so they set out to reach that destination. On the arrival they learn that the only well in the oasis is almost completely dry, but also that they are surrounded by Germans... who also look for water.

Remake of classic 1943 war movie starring Humphrey Bogart, this time filmed in Australia, which was a huge mistake - first of all the desert doesnâ€™t look like Sahara, rather like sandy beach, also the sky is almost all time cloudy or the sunlight is limited, which sounds nothing like Sahara. Rest of the movie is just a simple copy of the original which makes the whole project rather futile. 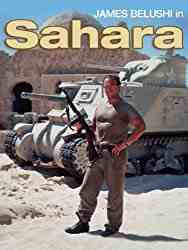 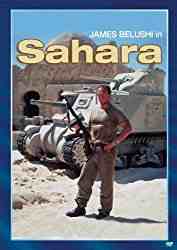