American pilots dishonorably discharged from US Navy after few years get the chance to to clear their names by taking part in a covert operations mission over Iran.

While on patrol over Strait of Hormuz two US Navy airplanes receive air support request, the person who has contacted them passed the right clearance code for use of their weapons. They target is old factory building suspected to be the storehouse for weapons of mass destruction. Pilots use their missiles to destroy the building, but soon they discover that in fact they attacked the building while the international experts were inspecting the place. The court can’t locate the person who gave the order, nor verify if the pilots were aware of that fact and both crews are dishonorable discharge from the service. They find the jobs in private sector, but after few years the story of their mission over Hormuz is returning to headquarters. The Iraqi secret weapon called Rainmaker was stolen from the building they have destroyed and American high level military officers are worried that it could be used by the terrorists located in Iran. Americans need to find and destroy it, but due to tensed situation around Persian Gulf it must be a covert operation. They plan to send the unmarked Russian fighters to fly over Iran and bomb the facility where the Rainmaker is located.

Film made in American-Russian cooperation with the support from both armies, which in current political situation seems like a poor joke, not to mention the choice of Mario Van Peebles as the director since he has absolutely no success stories in that area. The film itself is a mixture of adventure and one-dimensional characters, the plot is simple, but the in-flight scenes were made with decent effort. They are not really realistic, but still decently done. Overall it is lower than average war movie, although could be fun if you don’t have high expectations. 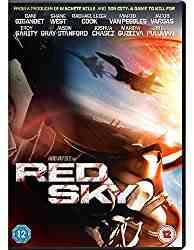