May 1943, US Army Air Forces are taking part in strategic bombing of German industrial areas, but contrary to official propaganda Luftwaffe is not on the knees yet and every mission over the Nazi territory is dangerous and each time the losses among Allied forces are high. Crew of one of the B-17 Flying Fortress bombers, called Memphis Belle, is close to be the first in US Army Air Forces to complete the whole tour of duty, 25 missions, and return to United States. All they need to do is return safely from their next flight over Europe and they will be free to go. Army journalist Lieutenant Derringer arrives to the their base and interviews them as preparation for their war bonds tour back home. If they will reach the 25 missions limit it will also be a morale booster for other crews that each day see their friends killed over Europe. But not all of the Memphis Belle crew members are pleased with the interest - they feel pressured before theit last mission and are worried that this attention will jinx their flight. When the day finally arrives they receive their orders and await green light, but the changing weather over target keeps postponing their take off and puts their nerves on additional strain.

The true story of Memphis Belle crew, who were the first of US Army Air Forces that were up for finishing their tour of duty over Europe, where daylight bombings were causing high losses among the bomber crews. Although filmed using surviving B-17 bombers, P-51 Mustangs, scenes were made with actuall quite good effort the creators decided to... tell completely fictional story, which was an odd choice since they used the real events and real bomber name as basis. The crewmembers in the movie have nothing in common with the real life crew of Memphis Belle (including names), the events before and during their last mission were changed completely. Overall it is quite entertaining movie, but the crew lacks the depth of real people and it is hard to get involved in the plot. 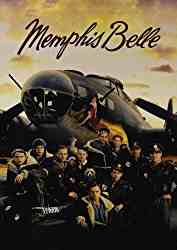 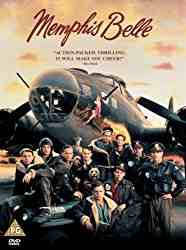