Yugoslavian partisans are escorting the German prisoners chased by the enemy.

Four of Yugoslavian partisans are given the order to escort group of German prisoners to bridge known as Maiden Bridge. It’s not easy for them to keep the Germans alive since their own families have been killed or imprisoned by Wehrmacht or SS. They have to move through high mountains attacked by the German troops that don’t realize they actually shooting to their own soldiers among the partisans.

Yugoslavian movie kept in a typical style for their cinematography, but this time we see partisans not only fighting Germans, but also trying to see human beings in them. And same for the Germans - the prisoners make some sort of bond with their guards and look at the Yugoslavians in a different way. The story based on a real events isn’t particularly involving, but all the scenes takes place in breathtaking mountains of former Yugoslavia and shows how hard was it to fight in such unfriendly environment. 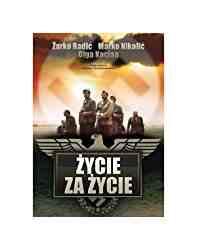