During World War I five soldiers desert from Austro-Hungarian army penal unit and try to get home.

K & K is abbreviation from German kaiserlich und königlich (meaning Imperial and Royal) and refers to the Dual Monarchy of Austria-Hungary from 1867 to 1918. The movie tells the story of a company in Austria-Hungarian army located in Eastern Hungary. The company is formed by soldiers from different countries: Germans, Poles, Czechs, Hungarians and others and is sort of penal camp where all the stubborn and undisciplined men from other units are sent. The commander of the unit realizes that his men are more interested in making some money or visiting brothels than war, so all he wants is just to keep everything quite until the war ends, but his new deputy has different views and wants to implement discipline by force.

The comedy-drama miniseries is kept in the style of The Good Soldier Svejk and shows the absurdity of World War 1 and how only the sober-minded people could keep their humanity alive. The movie is split between two parts - first shows the life in unit on the verge of war end in 1918 and the second shows how the deserters try to get back home after escape from the unit. Worth watching for historical values - the army life and life of civilians. Well, some part of army and some civilians anyway. 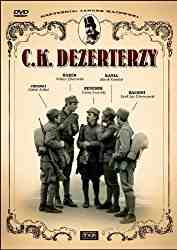