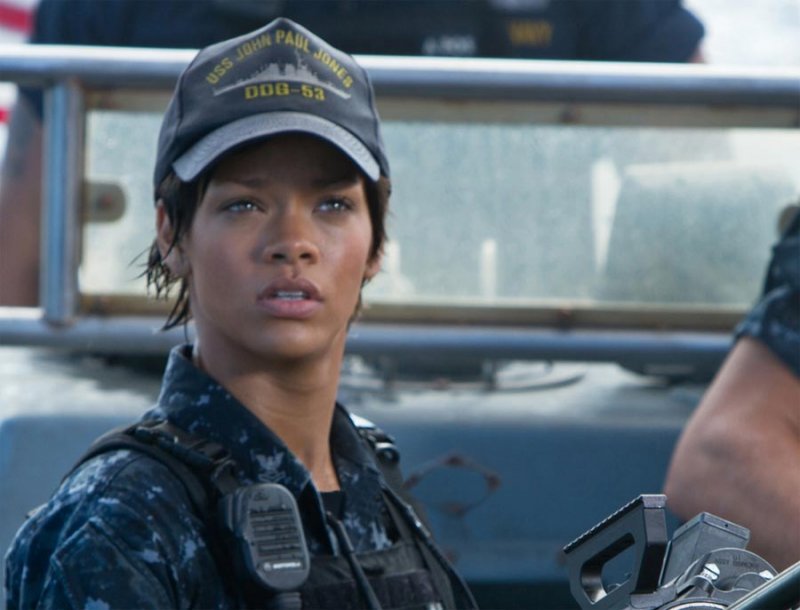 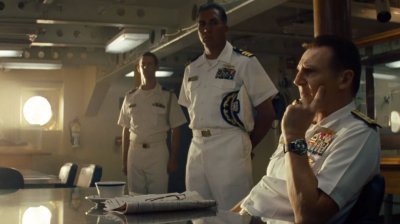 During naval exercise strange object drops from the sky - this is the beginning of alien invasion.

Two brothers, Alex and Stone Hopper, take part as US Navy officers in the naval exercise near Hawaii. It is large scale operation that involves warships of US Navy and several NATO allies. Alex and Stone are completely different - while Stone is model officer, his younger brother is slacker that signed up for navy to impress admiral’s daughter. But their personalities had very little to do with what happened next - few strangely looking objects simply fell from the sky and landed in the ocean near the USS John Paul Jones destroyer on which Alex is lieutenant. Huge black masses dived into the water and then resurfaced and remained almost motionless. Unsure with what they are dealing right now navy sends two of their warships and a Japanese destroyer to investigate. Alex is among the three crewmembers that approach one of the objects on inflatable boat, but from close the structure seems to be made of some sort of metal. When he tries to touch it he is struck with electric shock, but just moments later something begins to happen and the warships are cut off from rest of the fleet due to some sort of force field generated by the object. Soon the situation escalates and the objects use their weapons to sink USS Sampson and the Japanese destroyer. Alex sees death of his brother aboard Sampson and now has to find the way to fight with the unknown enemy.

Once again Hollywood studios try to mix war film with science fiction elements and once again with not very impressive result. Special effects in Battleship are ok, but you need strong plot to make it work. Here we have plot that starts interesting (although strangely similar to f.e. Independence Day), but with time it doesn’t improve, it just going on and on. But since the creators decided to cast amateurs (like Rihanna) it means they weren’t setting their hopes high with this project. It is simple adventure flick with not very smart script and sometimes twisted logic. 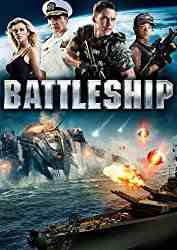 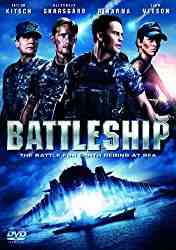 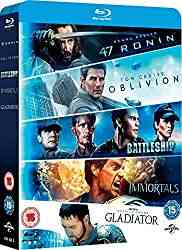 as Secretary of Defense