In 1095 Pope Urban II started the movement that aimed regain Christians control over Jerusalem and holy places in Middle East. To do that he twisted the rules of Christianity - since that point it wasn’t a sin to kill other people, it was only sin to kill Christians. The movement was at the beginning inspired by more or less purely religious motivations, but what actually was going on around them was far from Christian values, f.e. persecution of Jews and other minorities as well as massacres and pillaging within Europe, not to mention in Holy Land and Turkey. As most of the religious movements supported with military power Crusades with time became excuse for many sorts of wrongdoing - f.e. fourth crusade not only never reached Holy Land, but instead of pushing towards the Jerusalem they besieged Constantinople and later slaughtered the citizens of the town.

From military point of view the first Crusades were rather successful, but the actions of some of the knights that joined them, inspired by misguided religious vocations and greed, helped Sultan of Egypt Saladin become leader of united Mulsim forces that overpowered the Christians. Despite many medieval legends surrounding Crusades they were mostly driven by greedy noblemen and religious fanatics on a verge of insanity.

The First Crusade
The First Crusade was launched in 1095 after a speech given by Pope Urban II at Clermont in France. Its goal was to "liberate" Jerusalem and the rest of the Holy Land from Muslim control. The First Crusade was actually set of few independent military campaigns (including People’s Crusade and Norwegian Crusade) and is remembered for the atrocities against Jews and Christian communities across Europe and the Middle East. The First Crusade culminated in the slaughter of population of Jerusalem in 1099.

The Third Crusade
Following the fall of Jerusalem to Saladin in 1187, Pope Gregory VIII called a Crusade to recapture the city for Christians. Frederick I Barbarossa of Germany raised a massive army and marched into Asia Minor, other European kings also answered the call, including Richard I. Although Christian forces won several victories, the Third Crusade failed to capture Jerusalem. The city remained in Muslim hands, however, Saladin struck and agreement with Richard I allowing Christians to make pilgrimages to Jerusalem. The Third Crusade ended in 1192.

The Fourth Crusade
Called by Pope Innocent III in 1202 to re-capture Jerusalem from the Muslims instead turned into an attack on Constantinople, the seat of the Byzantine Empire, and a Christian kingdom. The defenders of Constantinople were overcome in 1204 and the Crusader mercilessly killed the citizens for three days. The Fourth Crusade never advanced beyond Constantinople.

The Fifth Crusade
Originally called by Pope Innocent III in 1213, the Fifth Crusade did not get underway until 1217, after Innocent had died. The goal remained the capture Jerusalem. This Crusade also did not meet its stated goal. The Crusader army got bogged down in a long siege of Damietta in Egypt. Damietta was eventually captured, but no further campaign was undertaken afterwards.

The Sixth Crusade
The Sixth Crusade was the first campaign initiated by a Holy Roman Emperor and not a pope. In 1228, Frederick II initiated the crusade, with the blessing of Pope Honorius III. The goal was again the capture of Jerusalem. Frederick was the first king to accomplish this goal via diplomacy and not force of arms. Frederick’s success was based on taking advantage of conflicts between local Muslim rulers. This led him to seal a truce with the Egyptian Sultan al-Kamil in 1229. This truce included handing control of Jerusalem to the Crusaders in return for their support against al-Kamil's enemies. Following the end of the truce in 1239, Jerusalem once again fell into Islamic hands.

The Seventh Crusade
Following the precedent set by Frederick II, Louis IX, the King of France, launched the Seventh Crusade in 1248. Louis met with defeat in Egypt and turned his attention thereafter to rebuilding Crusader influence along the Mediterranean sea coast around Acre. He was never able to capture Jerusalem. The Seventh Crusade is notable for being the first in which the Mongols played a role as a third power to be contended with in the Middle East. Both the Crusaders and Muslim sultans would attempt to ally themselves with the Mongols against one another. The result would be the rise of Mongol influence at the expense of both.

The Eighth Crusade
Seeking to defend the remnant Crusader states in Syria, the French King Louis IX once again organized a Crusade to the Middle East. Louis set out from Sicily in summer 1270, headed to Tunis in North Africa, where he hoped to establish a base for operations against Egypt. Landing in Tunis in the heat of the summer, Louis and his men quickly began suffering from lack of drinking water and from disease. Louis himself succumbed to dysentery in October 1270, resulting in the end of the crusade.

The Ninth Crusade
The Ninth and final Crusade against Islam was launched by Prince Edward of England in 1269. Edward used Louis IX's base in Tunis as his starting point, before heading to the Crusader city of Acre on the Mediterranean sea coast. Edward arrived in time to see successive Christian defeats at the hands of the Turks in Antioch and Tripoli. Facing overpowering odds, Edward returned home to England in 1271. Acre fell to Islam twenty years later in 1291, removing the final Crusader stronghold in the region.

more about Crusades on en.wikipedia.org 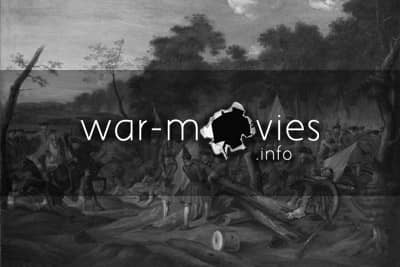 During the Crusades 16-year-old King Baldwin IV led his about 400 Templars and few thousands of infantry against army of Saladin, who was on his way to attack Jerusalem. According to some sources Saladin was leading over 25,000 warriors and didn’t expect Baldwin (who was suffering from leprosy) to take any offensive actions and thus let his army to pillage surrounding villages. The attack of Cru... 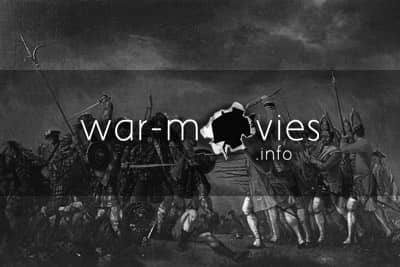 Siege of stronghold Kerak was Saladin’s answer to capture of Aqaba by the Crusaders, which would put the holy place of Mecca in danger. The stronghold was well prepared and Saladin couldn’t break the walls of Kerak even though he used several catapults and kept the defenders under constant strain. Siege was lifted on arrival of relief force under King Baldwin IV of Jerusalem. Saladin returned ... 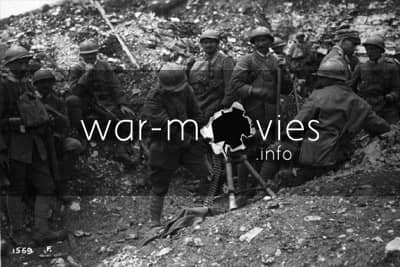 Battle between Saladin army and the Crusaders near town of Hattin. Crusaders left their stronghold of Sephoria and moved towards the besieged fortress of Tiberias. Saladin used only part of his forces for the siege, keeping the rest ready to intercept the forces that would come to the rescue. Crusaders were attacked from two sides and most of the 20,000 men were killed. That battle later triggered... 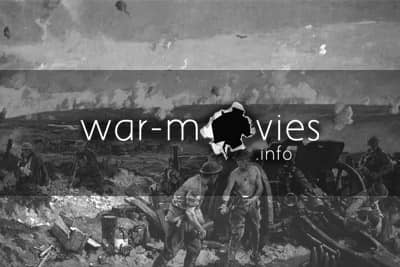 Siege of the city of Jerusalem that took place soon after disastrous for Crusaders battle of Hattin in which they have lost almost 20,000 men. After two weeks Balian of Ibelin, in charge of defence, has surrendered the city, which ended the first Kingdom of Jerusalem and triggered the Third Crusade two years later.... 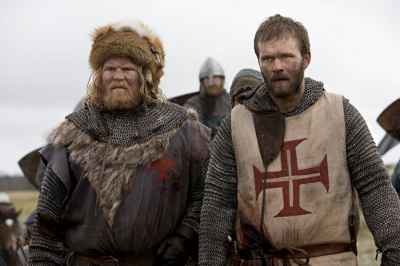