Large American landing operation on island held by Japanese forces. US Navy prepared impressive fleet that included 17 aircraft carriers and 90 other warships. Small Tarawa (with area of 15 km2 / 6 sq mi) was vital for both sides for 2 reasons - it was a supply point, where fleets could make stops, but the more important element was the airstrip that covered much of the small island. This airfield could be used by Americans to bombard the Marshall Islands bases that were well prepared for the defence.

35,000 Marines were deployed on the beach of Tarawa, where they had to fight for every inch of the ground against fanatic Japanese soldiers and labourers. Japanese tactics of ambushes and covered hideouts caused a lot of casualties: during 3 days of fights Americans lost about 2000 soldiers killed and another 2000 wounded. Almost all defenders were killed or committed suicide to avoid being captured.

more about Battle of Tarawa on en.wikipedia.org

Equipment used during Battle of Tarawa 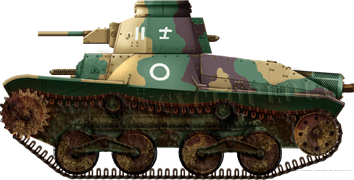 War movies about Battle of Tarawa