One of the biggest land battles of American forces in Pacific Theatre - the landing operation on the heavily fortified island of Iwo Jima was part of the final push towards Japanese main islands. The volcanic island was adapted by the Japanese to be a fortress in the middle of the ocean - they build tunnels, pillboxes, hidden artillery positions, bunkers, entrenchments, barbed wires and traps. Japanese commander Tadamichi Kuribayashi had months to prepare every detail of the defence - from range of the guns to coverage of machine guns.

Americans begun the bombardment as early as in June 1944, with time increasing the number of air strikes, but all the preparations worked well for defenders and after 7 months their losses caused by the bombardment were marginal. On 19th February 1945 about 70,000 Americans landed on the two beaches, defended by 20,000 Japanese, and started the bloody battle of Iwo Jima. Just like earlier on Tarawa they had to be careful on each and every step since Japanese prepared traps and ambushes.

The Americans were expecting to take over the island within a week, but due to well prepared defence Japanese lasted 36 days, during which Americans lost about 7,000 men killed and 20,000 wounded. Almost all of the defenders were killed, some of them were in the hiding long after the operation has ended.

more about Battle of Iwo Jima on en.wikipedia.org 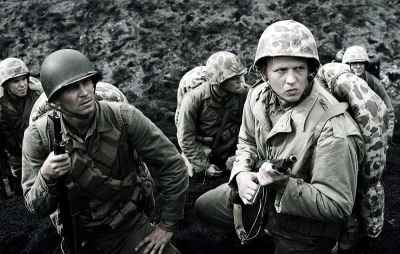 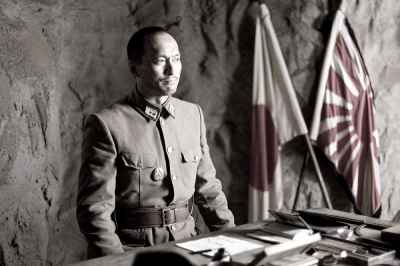 Japanese army is in a defence and for the first time they will have to fight on their own mainland, volcanic island of Iwo Jima. Americans have all the advantages, so new commander of Iwo Jima has to come up with a good plan to survive the invasion.