After invading France, Belgium and Netherlands next target on Hitler’s list was Great Britain, but since for the first time they had to attack enemy on isolated island the blitzkrieg tactics were useless. The naval invasion of Britain was inevitable and Nazis began to build a whole fleet of boats to cross the English Channel, but as part of preparations they had to gain the air supremacy that would allow them to make the landing.

Commander of Luftwaffe Hermann Goering, World War I ace pilot, was sure that RAF stands no chance in duel against his forces. In 1940 Germans had the finest fighters Me 109, finest dive bomber Ju 87 and finest strategic bombers He 111. But the main advantage over British was the experience Luftwaffe pilots gained in Spanish Civil War, invasion of Poland and France. Meanwhile RAF had Hurricanes, who were good fighters, and Spitfires who were close to Me 109, but most of the pilots had no fighting experience, what is more number of pilots was very limited and although many volunteers joined the forces they badly needed training.

First air raids proved that British had a lot of catching on to do when it comes to organizing their air defence. Contrary to some stories Germans knew about the radar stations on the coast, they had the technology themselves, they understood how important it is, but what was the biggest improvement British have made was creating a network of radar stations and central points that coordinated all the operations. The famous war room in which all data from radars, AA posts, patrols and even civilian reports were gathered was at the same time the place where status and location of all the squadrons were available for the officers, who coordinated the fighters.

But when it comes to the fights RAF forces were keeping up with the enemy, especially since Me 109 and Ju 87 operational range was usually close to the target area (f.e. around London), which meant that Germans had very little time for fights before returning back to France or they were in danger of running out of fuel during crossing of English Channel. Goering didn’t help much either when he tried to force his fighters not to hunt the enemy, but stick close to the bomber, which lowered their ability in dogfights.

Interesting factor in Battle of Britain was the count of enemy forces that made a huge difference. The military intelligence reports suggested that Great Britain and Germany had about equal number of fighter squadrons, and since both sides had casualties Goering was constantly under impression that RAF is about to collapse since they were using planes. On the other side British were convinced that Germans have many fighters in reserve, so they have to increase the number of planes and pilots available. But in reality the number of squadrons were about same, the difference was that German squadron (Staffel) was consisting 12 aircraft, while RAF squadron was between 12 and 24 (usually around 16), which means that British assumed Germans have more planes than they really had, Germans assumed British have less planes than they really had.

During the Blitz, as it is remembered in Britain, with increasing pressure Luftwaffe was trying night attacks, daylight attacks, large attacks on London and airbases around, surgical attacks on military outposts or factories, but they could not gain the superiority. British well coordinated their defence and each attack was met by the fighters. But with limited number of pilots it meant that RAF personnel was exhausted and the time for plane maintenance was very limited since same pilots made few flights each day. Also each casualty meant that there will be no one to replace the dead pilot. The answer to that problem was involvement of foreign pilots, some of them from countries Germany has just invaded - they were experienced, well trained and had the will to fight. Pilots from Poland, Czechoslovakia, France, Belgium were eager to face the Luftwaffe, but also Canadians, Australians, New Zealanders, Americans, Irish, South Africans - they all volunteered to fight in RAF and made a difference in the Battle of Britain. Polish pilots from 303 Squadron "Kosciuszko" were among the heroes of Battle of Britain - they were the highest scoring of RAF squadrons during the Battle of Britain with 126 confirmed kills.

15 September 1940 was te critical day of the battle - on that one day Luftwaffe have executed two large air raids that aimed to finally break the defence of RAF. Two waves of about 250 bombers each attacked London. British fighters fought for few hours and, as some sources report, when Churchill asked his officers how many planes do they have in reserve the answer was simply "none". RAF claimed to shot down about 180 planes that day, but after the war the number was corrected to 61, which still was the highest losses the Luftwaffe had suffered for over a month. Today it is remembered as Battle of Britain Day, or the day Germans almost won the Battle of Britain.

After fiasco of the attack Hitler have dropped the idea of quick invasion - he realized that even if Luftwaffe will overpower RAF the forces remaining would not be enough to support the naval operation and invasion. After 3 months of constant dogfights and air raids Britain have won due to effort of whole society and bravery of pilots.

more about Battle of Britain on en.wikipedia.org

Equipment used during Battle of Britain

War movies about Battle of Britain 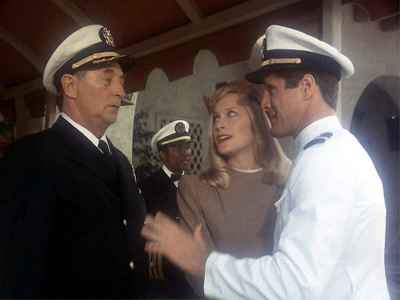 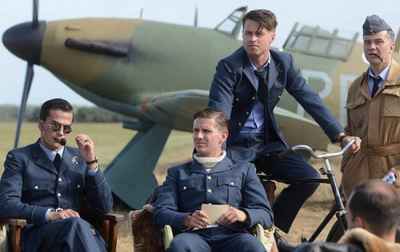 War games about Battle of Britain

Dogfight simulator set during World War 2 - take part in the important air battles of the war from Battle of Britain to Battle of Berlin.