After Mexican dictator Antonio Lopez de Santa Anna forced new laws that made the government more centralized it provoked secession movements in several Mexican states, including Texas. The Texians (residents of Mexican Texas) began to look forward to independence. The militia force throughout the republic were prepared to defend against the Mexican army led by the Santa Anna. Their first confrontation was the famous battle of Alamo, where the Mexicans have wiped out the 189 defenders of old mission turned into fort. Later the Mexicans managed to win several smaller battles against the militia, but Texas Army led by General Houston for over a month was using "The Runaway Scrape" tactics, w...
read more... 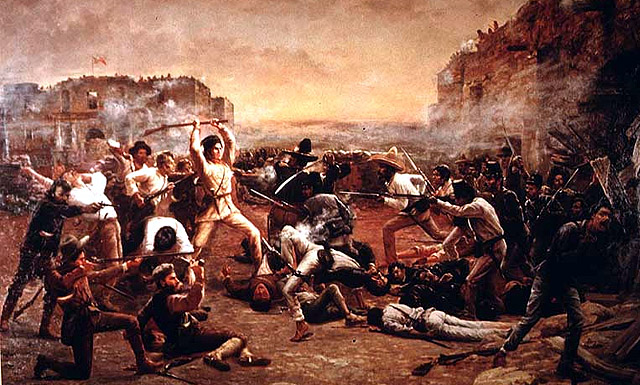 Confrontation between Texas revolutionary militia and Mexican army led by general Santa Anna. Alamo was old mission during the revolution turned into a fort. The Mexicans had vastly outnumbered the defenders (10 to 1), among which where the two legends of the wild America - James Bowie and Davy Crockett, but the militia men refused to surrender. General Santa Anna prepared the plan of assault, ... 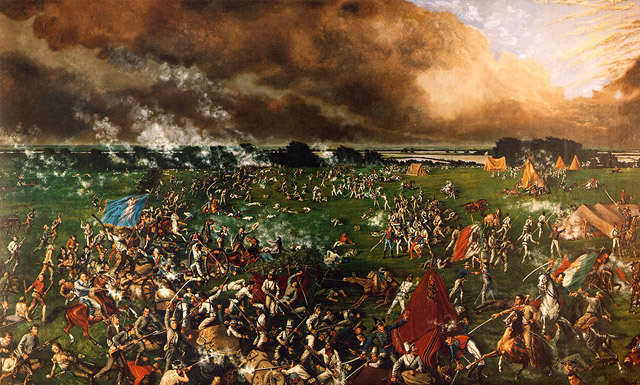 After the fall of Alamo Mexican army led by general Santa Anna pushed towards the north, while the Texas army led by general Houston was retreating using the plan to wait with the confrontation until Santa Anna will make a mistake. After four weeks of moving back and back the soldiers were losing their morale, but soon it changed when Santa Anna, convinced that Houston is cornered, decided to spli...