Fantasy is often linked with trolls, wizards, knights and magic, but some of the fantasy production have great value as war movies. Afterall many of them are based on medieval tales and medieval reality. 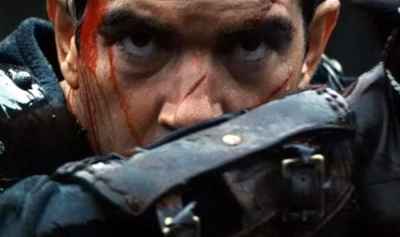 300 Spartans face the mighty Persian army at Thermopylae. Based on a comic book.

The armies of orcs are attacking the Kingdom of Rohan, burning the villages and killing people. But the forces of Rohan are to weak to face them alone.

The Lord of the Rings: The Return of the King 2003

The final clash between the forces of good and evil are about to begin and Gandalf has to renew the old alliances and save the Middle-Earth.

Group of Korean soldiers on a rescue mission is sent to a secluded jungle island, where strange force affects their minds.