Young Albert Narracott comes from poor family of farmers in Devon. His father buys a young horse that Albert admired, even though the horse would be unsuitable to work at the farm. From the beginning Albert forms a bond with the horse, now called Joey, but the purchase puts the family in financial trouble. When the World War I is about to begin Albert’s father is forced to sell Joey. Albert tries to stop him, but it is too late - cavalry officer Captain James Nicholls becomes a new owner of the horse.

Nicholls is soon sent with his unit to France. The conflict is in the early stage, so British are convinced that they will win within weeks. Soon they get the chance to prove what they are worth when German forces are spotted nearby. Major Stewart leads his men to a charge that ends up in total disaster - most of them are killed or captured. Joey is caught by German soldiers and together with them travels to a different part of the front. But the war doesn’t end within weeks and in 1918 Albert enlists to army and travels to Somme.

Film based on the 1982 children’s novel is another blockbuster from Steven Spielberg made with huge budget, a lot of effort and spectacular scenes from reality of World War I. But unfortunately it isn’t all that good when you will look at it as war movie. Yes, the battlescenes are impressive, it is realistic and the story is quite interesting, but it is all told in so mawkish that is typical for Disney Studios productions. A lot of scenes were unnecessary or they were just going on and on without a clear point other than to beat Bambi for the most maudlin scene in history.

The plot itself was on some levels quite interesting, the depiction of World War I reality very powerful, but the parts that take place before the war and some of them during the war were far, far, far from being even slightly interesting - they are too long, too soppy, too obvious or unnecessary, f.e. scene of horse rescue from the barbed wire that is going on for over 5 minutes. So it looks like the part of the production that actually failed in this movie is... the director, which is strange, since he is considered to be one of the best. 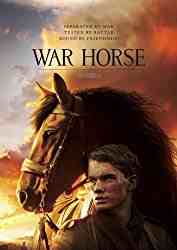 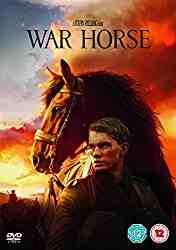 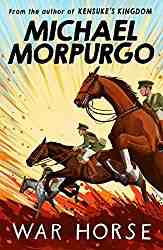