After disastrous campaign in Africa Colonel Claus von Stauffenberg is certain that Germany is doomed if they won’t stop Hitler. Together with other officers he forms the organization that plans to kill Fuehrer and take over the power. Their attempts to assassinate Hitler failed until 20 July 1944, when Stauffenberg plants the explosives in the bunker inside Wolf’s Lair. From that point the 20 July Plot has to act fast in order to take control over Germany.

American version of such German movies as "Es geschah am 20. Juli", "Der 20. Juli" or "Stauffenberg" - they all are based on the same true story of German officers that tried to stop the war in 1944. As usual the American movie has bigger budget, more recognizable cast and more attempts to make the true story more spicy, but to be honest it didn’t make much difference. The story was already interesting, the plot tensed, so putting Tom Cruise (who believes he actually looks like Stauffenberg) didn’t add anything to quality of the movie. Creators didn’t make much important inaccuracies, so overall it is quite good remake. 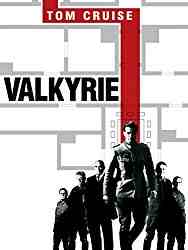 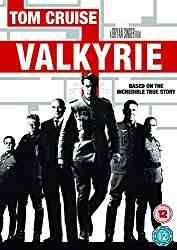 filmy wojenne Sometimes in April war moviecaroline in the city