King Agamemnon joins forces with his brother Menelaus in order to get revenge and bring the beautiful Helena back to Greece. But to reach their target they have to attack the Troy.

King Agamemnon of Mycenae arrives with his troops to Thessaly. Although he came to conquer the area he does not plan to besiege the city walls and wait. He meets king Triopas, ruler of Thessaly, and uses the same speech he repeated times before with other opponents - join me or I will crush you. Many other tribes have joined the forces of Agamemnon to avoid the open conflict with him. If that speech does not work he has another ace up his sleeve - as is the custom, instead of bloodshed it is acceptable that the battle is decided by the duel between single best warriors from each side. And Agamemnon has a perfect guy for the job - the invincible Achilles, who cannot be hurt, with his heel as the only weak spot. And this time is no exception - Achilles kills his opponent with a single blow. Soon Agamemnon has to deal with bigger challenge - wife of his younger brother Menelaus, king of Sparta, has been kidnapped by her secret lover, Paris of Troy. Menelaus asks Agamemnon for help in getting revenge and bringing his beautiful Helena back. Agamemnon was planning to attack Troy for long time, but to succeed he will need help of Achilles, who is invincible, but at the same time dislikes Agamemnon and no one can make him do something Achilles does not want to do.

Film based on the famous Homerâ€™s Iliad tells the story of beautiful Helena taken by the Paris to the Troy and subsequent events, including the decade-long Trojan War. With spectacular cast and even more spectacular budget (175,000,000 USD) the film accurately brings to life the spirit of Iliad, the battle scenes are spectacular, although far from being realistic. Overall entertaining movie, but bit too long and at some point lacks the atmosphere. 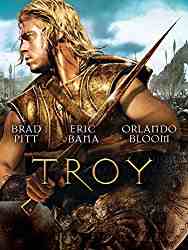 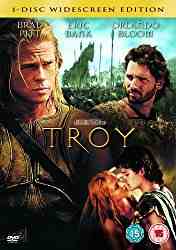 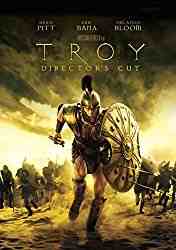