The American soldiers arrive to Tigerland, a training camp that will prepare them for active service in Vietnam. Ronald Bozz, a draftee, who is not gonna go quitly.

In 1971 new group of recruits start the infantry training in Tigerland - or officially Fort Polk training camp in Louisiana, used to prepare US Army units before they are sent to Vietnam. Among the new recuits is Private Roland Bozz, who is draftee and is strictly against the war and army. He does not plan to be quite about it and from day one it is obvious the officers will have a tough time shaping him into soldier. What is more he helps others to make use of the army regulations to avoid active service. Private Wilson, who is constantly tries to humiliate Bozz and other soldiers, gets in a fight with Bozz. During the fight Wilson puts a gun to Bozz’s head and pulls the trigger, but the gun misfires. Officer gives Bozz a choice - either Wilson is court-martialed or the officer will take care of this incident himself, suggesting this would be better fo everyone. But Bozz made up his mind - he wants Wilson out of the army.

Film depicts the training of an infantry unit that is expected to be sent to Vietnam soon. The relations between Bozz and rest of his platoon as well as officers is the main plot of the movie. We see how different were the attitudes among the recruits, even among the recrutees - some of them saw the army service as their patriotic duty to the country, others as waste of human lifes or at least their own life. But overall it is rather mediocre movie with not very involving plot and stock characters. And the main point of the Tigerland story was... Hmm, I’ll get back to you on that one when I figure it out. 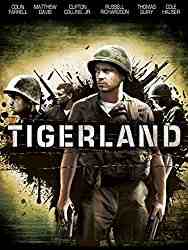 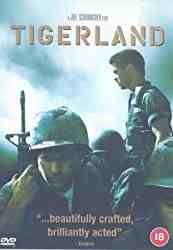