Young Theeb joins his brother as guide to an British officer travelling through Ottoman Empire during World War I. Soon they boy will have to grow up and face the world.

In desert province of Hijaz, in western part of Arabian Peninsula, the World War I that was in the full swing had very little influence on the Bedouin tribes that live there. Their typical source of income, which was guiding the pilgrims heading for Mecca, had been cut down since the railway was built. Young boy Theeb is old enough that his older brother Hussein would teach him how to hunt and survive in the desert. The arrival of two strangers is a big news among the Bedouin, especially since one of them is white, a British officer called Edward. Englishman and his guide are looking for someone who could lead them through the Trail of Kings to a Roman well. Hussein agrees to lead them through the desert and mountains, but after setting out they find Theeb following them. Hussein is angry at Theeb, who obviously doesn’t realize how dangerous the travel might be. Englishman carries a mysterious box, that no one else is allowed to touch, and is part of his military mission. He also would prefer Theeb not to tag along with them, but since they have no time to turn back, Edward agrees to continue with extra guide. When they reach the Roman well they are caught in ambush.

Film presents the World War I on a rim of the conflict - in the deserts of Arabian Peninsula that was part of the Ottoman Empire at the time. But in fact the war itself plays only secondary part, the film concentrates more on the survival in the desert, where people have to watch each step they take and have to thoroughly consider who can be trusted. Young Theen sets on a travel with his older brother, but soon will have to grow up and face the cruel world. Despite not very impressive pace of the story it is quite interesting, although not very well known movie. 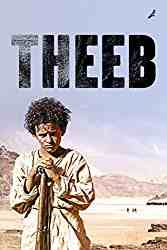 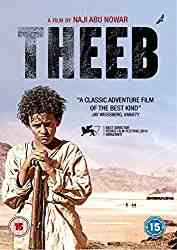 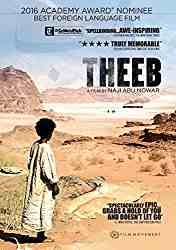