Russian scouts on a mission behind enemy lines.

In preparation for the big push on the Eastern Front Russians are setting up a scout platoon called Zvezda (the star) to go behind enemy lines and find positions of German armoured divisions. After artillery barrage they move out and slip through enemy lines. While being on the hostile ground they are forced to use any means to reach their target.

The Star, like many other Russian war movies, is a mixture of adventure, love story, heroism and lack of realism. The story of small scout platoon behind German lines could have been so much better than what we get in Zvezda, f.e. if it was made like Where Eagles Dare. But this film is a simple story, told in a simple way, showing a small fragment of Russian history. 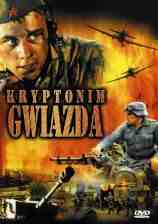 Creators of The Star

Cast of The Star

Events depicted in The Star