Eric Lomax can talk for hours about his life passion - the railways. The only thing he can’t talk about is what happened to him during the war, when he was forced to build the Burma Railway.

Eric Lomax never misses the meetings of the railway enthusiasts group. His fascination with the trains goes years back, to the times before the war. He met his future wife aboard of the train, but the only thing he can’t share with her is what happened to him during the war. He was captured by the Japanese army near Singapore and was sent to a prisoners of war camp and later was one of the British soldiers forced to build the Thai-Burma Railway, which was close to his personal interests. He used his skills to build a simple radio and hear to the BBC news from the fronts around the world, but when the radio was found together with his map of the railway he is arrested as spy and tortured. Under influence of his wife he begins to return to those events and decides to find the Japanese officers responsible for his suffering.

Film based on the autobiography of Eric Lomax, who was prisoner of war in Malaya, shows his own experiences from the war and his emotional scars that lasted for years after the war. It is very moving film about man, who looks for closure with the part of his life that gave him only pain and bitterness. 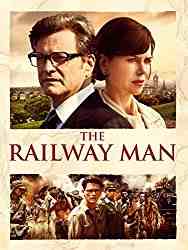 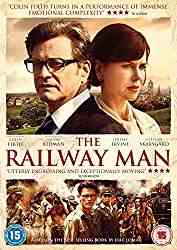 Creators of The Railway Man

Cast of The Railway Man

Events depicted in The Railway Man