The Flowers of War war movie

The Flowers of War war movie

The Flowers of War

In 1937, during the Nanking Massacre, American mortician John Miller, on a task to bury the priest of Catholic convent, finds the group of schoolgirls looking for the refuge. They hide within the convent and unwillingly Miller becomes their protector. The whole city is riddled by drunken soldiers, who loot the hoses, rape the women or shoot civilians, so the convent seems to be the only safe place around. Soon another group, this time prostitutes, also seek a refuge in the convent and hide in the cellar. Japanese soldiers try to enter the cathedral, but Miller stops them by pretending to be a priest. Japanese officer prevents any further attacks, but insists that the girls choir would join the Japanese Victory celebration party. Miller is desperate to stop that plan, fearing the girls would be raped or killed, but is helpless against Japanese army. In last moment the prostitutes are the ones, who come up with the plan to save the girls.

Chinese film depicting the Nanking Massacre, but concentrated not on the event as a whole, but on cameral story of a small group of people fighting to keep their humanity, decency and the last piece of hope they have left when the horror is just outside the gates.

A very moving film inspired by the real story of American female missionary Minnie Vautrin, who saved many lives during the Nanking Massacre by keeping them in campus of Ginling College, where she was a president before the war. The plot was changed in many ways and in some points it has crossed the line of keeping the story believable, but the main motiff remains the same - in times of war only the shreds of human care and empathy are the key to survive.

The Flowers of War full movie 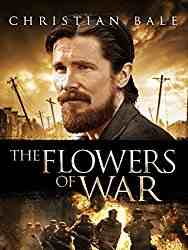 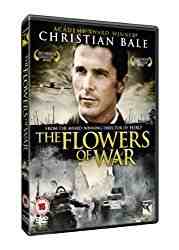 Creators of The Flowers of War

Cast of The Flowers of War

Events depicted in The Flowers of War