The Dirty Dozen: The Fatal Mission

In 1943 the American commandos, lead by Major Wright, land in Denmark to meet with the secret agent that has important informations. Germans trap them in ambush and the agent is killed, the only information that he is able to pass is number 2420, but the British intelligence canā€™t work out what that could mean. At the same time the informations come up with secret German plan of Fourth Reich - in case they will lose the war they plan to move the most important young high level officers to Stambul and prepare to rebuild the Nazi empire somewhere else. Major Wright is assigned mission to block this plan by attacking the train that will be carrying those important Nazi officers. Wright can select 12 prisoners sentenced to death penalty and train them to infiltrate the train while it will be crossing the Balkans.

Fourth of Dirty Dozen movies is a cheap production based on the same idea as previous productions, but with very low level of realism. The plot itself was intriguing, but the trip of American commandos to occupied Denmark, picking the black soldier to a behind enemy lines operation or the low budget lookout of the final effect puts it in the "life is too short" section of war movies. 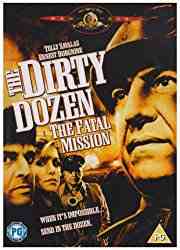 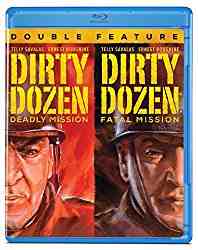 Creators of The Dirty Dozen: The Fatal Mission

Cast of The Dirty Dozen: The Fatal Mission

Events depicted in The Dirty Dozen: The Fatal Mission