The Desert of the Tartars war movie

The Desert of the Tartars war movie

The Desert of the Tartars

Young officer arrives to a secluded fortress ready to defend his homeland, but the enemy doesn’t seem to be there.

Young soldier, Lieutenant Drogo, leaves his home to take up his first military assignment - he is about to join garrison of Bastiani Fortress on the remote desert border of the kingdom. Behind the desert lies Northern Kingdom of the Tartars - the legendary desert cavalry men. Garrison within the fortress Bastiani keeps the guard of the border, soldiers regularly train, officers keep up all the standards of military outpost as well as the social etiquette. The only thing they are missing is the enemy. As Drogo soon learns there haven’t been any incidents on that border for years and some of the soldiers serving in Bastiani doubt if the Tartars still exist or if they are just a legend.

Film based on a Dino Buzzati’s novel, who used to be war correspondent to Italian Navy in Africa during World War II. It depicts the remote outpost on the border of fictious kingdom (although similar to 1920s Italy), where soldiers are kept prepared for the attack of elusive enemy. Film shows what happens to minds of people kept in alert for the danger that doesn’t seem to exist - they either try to convince themselves that what they do has a meaning and is important or they just sink into stagnation.

Perhaps not very spectacular war movie, especially for someone who is counting on fast action scenes and a lot of explosions. The Desert of the Tartars concentrates on human nature, not action, but with great cast this movie is strangely involving. Worth watching if not for the plot, then for the breathtaking landscapes.

The Desert of the Tartars full movie 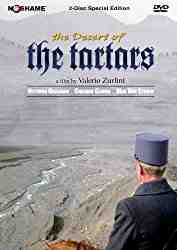 Creators of The Desert of the Tartars

Cast of The Desert of the Tartars 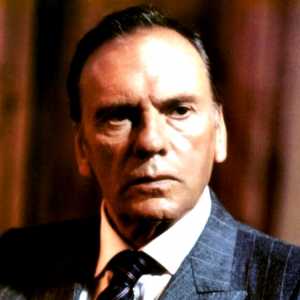