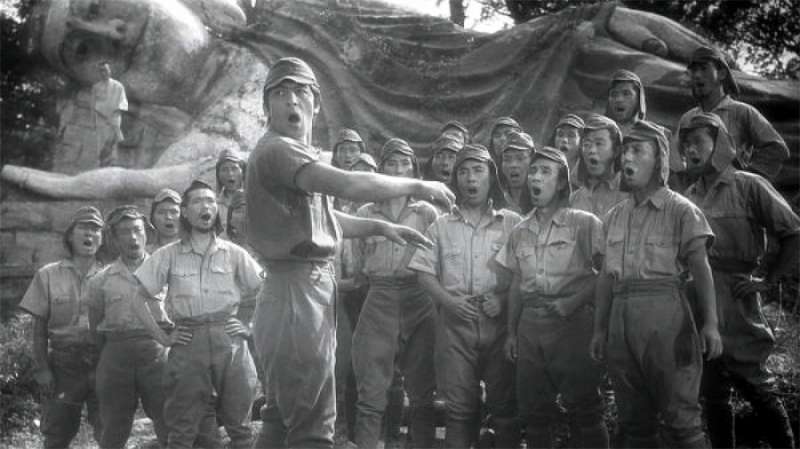 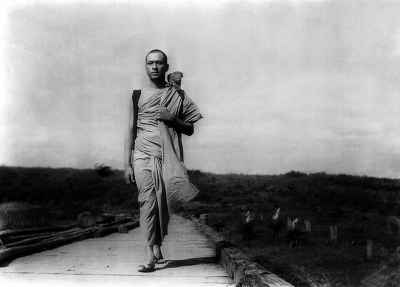 World War 2 has ended and unit of Japanese soldiers is interned in Allied prisoners of war camp. For them the war is over, but still there are Imperial soldiers around willing to fight until death.

During World War 2 unit of Japanese army travels through the jungles of Burma. Private Mizushima, who is talented musician, plays a Burmese harp for the soldiers, which helps them deal with the hardships of the every day service. They arrive to a small village that seems to be almost abandoned. With limited food rations they decide to stay there for a while, but when last villagers suddenly disappear Captain Inouye suspects this could be sign of ambush prepared by the Allied forces. They are convinced that enemy is closing on the village, but the whole equipment and ammo of the Imperial soldiers was left on a cart in the open. Now they are unarmed and trapped in the village. Inouye orders his soldiers to pretend they have not spotted the British soldiers and pretend to have a good time while singing. They use the confusion among the enemy to get the weapons and ammo and they hide inside the hut. But instead of fire from the surrounding bushes all they can hear is a song sung by the enemy. Soon they discover that the war has ended few days earlier and there is no point in fighting any more. While they are kept in POW camp, awaiting being discharged from the army, there are other Japanese units in the area that refuse to surrender. Mizushima volunteers to help Americans convince one of the units that their fight is senseless.

Japanese war movie taking place after the end of World War 2 while the Imperial Army soldiers were awaiting the orders to return home. For them the fight has ended and now they would prefer to return to their families and rebuild their country. Just like most of Japanese war movies The Burmese Harp concentrates not on the war itself, but rather on the human side of the conflict - once the war is over and they take off their uniforms the soldiers can again be normal people and concentrate on building instead of destroying. While dealing with the loss in war and the Buddhist approach to the new reality after the war the film was perhaps not a great piece of art, but unique in approach to World War 2 in Japanese cinema at that moment in time. 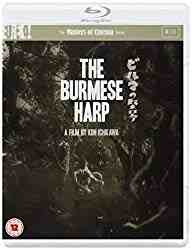 Creators of The Burmese Harp

Cast of The Burmese Harp

Events depicted in The Burmese Harp

Themes in The Burmese Harp 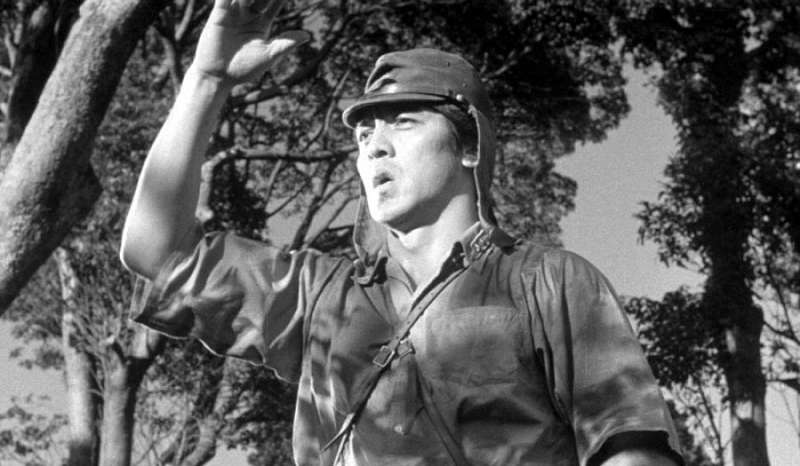