Romanian villager Johann Moritz lived in rural area when World War 2 has started. His beautiful wife catches attention of many men, among them the local gandarme. He was so determined to seduce Suzanna that he lied and denounced Johann as being Jewish. Even though there were no evidence to support the case Johann is arrested and send to prison camp. He protests that he is not Jewish, but no one wants to listen. At that time the property of Jews is seized by the Romanian government, and since Johann was arrested as Jew his house is about to be taken away. Suzanna sees no other way than signing the papers that she divorces Johann, so she could keep the house. Crushed by that news Johann is joining the escape party and runs away to Hungary. There he is arrested and sent to another prison camp. Soon, together with others he is transfered to Germany to help building the Third Reich. At this point his life will take and unexpecting turn.

War film based on novel "Ora 25" by Romanian writer Constantin Virgil Gheorghiu tells the story of simple peasant that by series of coincidences is taken away from his wife and travels through few countries in war-torn Europe. His naive optimism helps him overcome even the darkest moments in his life and survive the war. It is hard to put a simple label on that film - it is drama and comedy, but through the tears. As Horace Walpole once said "the world is a comedy to those that think, a tragedy to those that feel" and that how life of Johann Moritz can be summarized. 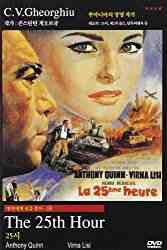 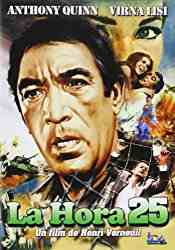 Creators of The 25th Hour

Cast of The 25th Hour

Events depicted in The 25th Hour