Small unit of Russian infantry reaches the other side of the river and reaches the Stalingrad laying in ruins. Captain Gromov is determined to hold on to the strategic building.

During the Battle of Stalingrad Germans control most of the city and Russian army is sending waves of hopeless attacks through the river to establish beachhead. The Stukas are killing the soldiers on the way, but even if they reach the other side the German forces are strong in the ruined city. Reconnaissance unit, lead by Captain Gromov, manages to break through to a strategic building near the town square. Despite the German overwhelming strength Russians are desperate to hold to the building since it is good spot for German artillery that is bombarding the river. Gromov soon find out that, despite all the destruction and danger, the building is in fact still inhabited by civilians - 19-year-old Katya is owner of the building and refuses to leave it. With only handful of soldiers and limited ammo Gromov prepares the defence. His opponent is Captain Kan, who found among the ruins of Stalingrad a woman looking remarkably similar to his dead wife...

Russian war movie powerful when it comes to the images of city in ruins and basing heavily on CGI, but very weak when it comes to realism and storyline. Characters of Russians are built in simple and even naive way, while the Germans are show as animals, even though Captain Kan has his alternative motifs to fight. Overall good as action movie, rather bad as war movie, but worth see for the impressive scenery of Stalingrad.

The story presented in film was inspired by real events that took place during the Battle of Stalingrad - Junior Sergeant Yakov Pavlov attacked an apartment building adjacent to the River Volga. Only 4 out of 30 men survived the assault and from that point had to defend the building until the reinforcements will arrive. With the reinforcements there were only 25 defenders, yet they held their position for 3 months despite several German attacks. Even though the film was clearly inspired by the events, the film is fiction. 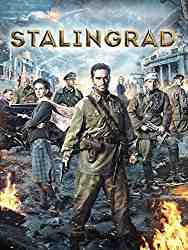 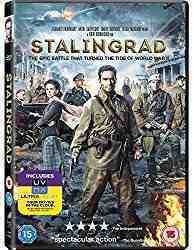