The fate of Australian nurses and nuns trapped on the New Britain island after the Japanese invasion.

In 1942 when Japanese forces invaded Papua New Guinea on the nearby island New Britain small Catholic mission Vunapope has to give shelter to Australian soldiers that are retreating from the invasion forces. Soon Japanese reach that place and establish prisoners of war camp. Polish-born bishop Scharmach manages to convince the Japanese officers that this mission is in fact German territory under protection of Hitler himself. This protects the nurses and nuns from Japanese aggression and massacre. Instead they have to take care of the wounded Australians. Film follows the life and friendship of two of them - Lorna Whyte and Sister Berenice Twohill that started the unlike friendship in those dark days.

Interesting movie based on real events and real fate of the both main characters. It tells the often forgotten stories of nurses and nuns that were captured by Japanese army in Rabaoul. Their fate was often even worse than the soldiers on the front line and they had to face dangers unknown to the soldiers. 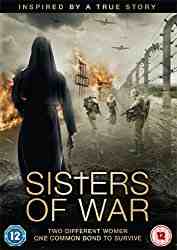 Creators of Sisters of War

Cast of Sisters of War

Events depicted in Sisters of War