Based on real events surrounding the battle that stopped the Ottoman invasion on Europe.

Film depicts events that lead to Battle of Vienna in 1683, when Ottoman Empire besieged the Habsburg Empire capitol. We see the political tensions between the leaders of Holy League and the religious reasons behing the Ottoman invasion. The situation of Vienna seems desperate - if they wonâ€™t receive reinforcements from their allies they would have to fight with force balance 1 to 10 in favor of Ottoman Empire.

Italian production showing one of the most memorable military successes in Polish history - the Relief of Vienna and famous charge of Polish hussars. Despite high budget and historical events interesting enough to put together great script the creators managed to produce an average movie with emphasis put more on the religious elements than the political importance of the events. The battle scenes could have been much better, not to mention the "special effects" that are not that special if you take a good look. 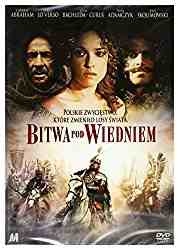