SEAL team on rescue mission is given orders to extend their operation and attack mining complex that could be supplying uranium to Middle East terrorists. The problem is they won’t get any support and will have to operate in hostile area.

During a covert operation in Africa SEAL Team is dropped in the area, where ruthless General Ntonga has built his private empire. Americans suspect that Ntonga is running a training camp for Al-Qaeda. CIA informer, Zoe Jelani, that passed the informations about training camp, has been captured by soldiers and SEALs are sent on rescue mission to save her. They arrive at the heavily guarded residence of the general and with assistance of drones they successfully manage to overpower the defence. They capture Ntonga, but find no evidence to support the informations about training camp. Zoe Jelani is found tied up and with signs that she was tortured by Ntonga. SEALs try to interrogate him, but when he tries to tell them something about Jelani she takes a knife and stabbs him to death. In a sealed room they find some Arabic writting on the wall, guns and a lot of money. When they pass the informations to their superior he suspects that this could be a missing link to a secret uranium mining operation in Congo. SEALs are asked to follow that trace, but since their rescue mission was limited to the area of General Ntonga residence their further operations would have to be unsanctioned by US authorities, which means they can no longer be supported by drones. Lieutenant Parker, commander of SEAL team, decides to take the risk and with help of Zoe Jelani leads his men towards the mining complex.

Fourth movie linked to 2001 Behind Enemy Lines (with Gene Hackman and Owen Wilson), but not in any way connected with the original movie. Again we have here completely fictious story, completely different team of soldiers and not very original nor inspired script (it is very similar to Act of Valor or Tears of the Sun). Overall it wasn’t terrible idea for movie - the script wasn’t really bad, actions scenes were bit chaotic, but watchable, the adventure factor was high... Still it is below average war movie, that lacks originality and it’s hard to really get involved in the story. 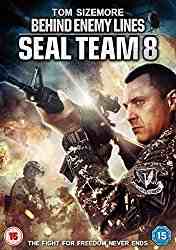 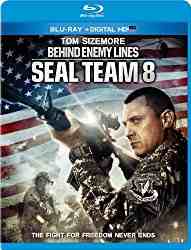