When D-Day landings have failed Germans have invaded Great Britain and while their husbands have left to join British resistance women in secluded Welsh valley have to find the way to survive.

Alternative history - D-Day was complete failure and not only Allies did not managed to secure a beachhead, but also Germans made the invasion and occupied most of United Kingdom. In secluded Welsh valley one day all the men have left to join the British resistance and fight the enemy. Soon the German soldiers arrive looking for the Hereford Mappa Mundi, the medieval map of the world that was suppose to be vital in Nazi plan to rule the whole world. The women left all alone has to find the way to live through upcoming tough winter and soon it is clear that German are not really prepared for it either. Sarah Lewis, despite her aversion to Germans, finds the German commanding officer Albrecht Wolfram surprisingly human. Soon they form an unlikely relationship in spite of their differences and the pressure from local habitants.

Film based on the Owen Sheers novel is a look at the Welsh countryside in the days of German occupations, where tough nature forces people to seek the ways to survive during the long winters. It isn’t typical war movie, it is rather a romance, character study and not very challenging look at the relationships between occupants and local women. The pace is very slow, the message rather unclear, the movie bleak and forgettable. Even the basics of the story are rather weak - not all the Allied forces were involved in D-Day, Germans would not be able to cross English Channel in 1944, not to mention that they hardly could defend themselves against Russians in the east, so any large scale offensive was out of the question. Just take a look at the forces they could spare for Battle of the Bulge - infantry units of volunteers and tanks that did not have enough fuel to reach their targets - the scenario on which the book and film are based was pure fantasy. And it’s hard to imagine what was Owen Sheers thinking creating that novel, because it isn’t in any way different from what could have been seen in Dutch, French, Danish or even Polish resistance stories, so why was it important to create fiction about Welsh valley? 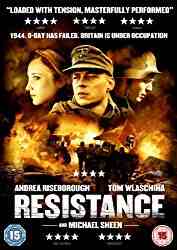 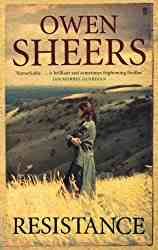