American pilot shot down over Laos is put into prisonder of war camp in the jungle, but soon he realizes that the only chance to survive is escape.

When his A-1 Skyraider plane is shot down over Laos in February 1966 American pilot (of German descent) Dieter Dengler survives the crash, but soon is captured by the local forces. He is put into small prisoners of war camp, where several other Americans are kept. The conditions are tough, Laotian guards brutal and with help of the others Dengler learns how to survive. But at some point he realizes that the only chance of survival is escape.

Film based on true story of Dieter Dengler, who survived the imprisonment in Laotian prisoners of war camp and after successful escape later was rescued by Americans. The plot is gripping and made with high realism, but there are some weak points when it comes to historical accuracy, f.e. in movie Dengler prepared the escape plan while in real story the plan war ready even before he arrived to the camp. But very good cast and good script created really realistic and involving war movie. 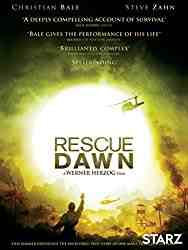 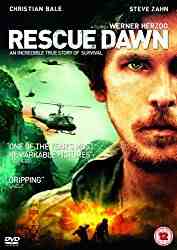