Young pacifist is forced to take up basic military training in order to find a new home for his fiancee. The father of the girl is running the training unit, so it won’t be a piece of cake.

Alex and Anna are young couple, who just received the notice of eviction from their flat. Alex is yoga instructor, who runs the lessons for pregnant women, and a pacifist, who tries to avoid being drafted into army. Anna is daughter of military officer, Kommandant Reiker, who runs a basic training unit. With no place to stay Alex and Anna, now pregnant, are looking for any option available. The girl recalls that her father has a small unhabited house nearby his unit. She contacts her father to ask him for help, but Reiker has his own problems - there are rumours that his unit is about to be closed and he has to compete with other officers to keep his unit running. Reiker agrees to help, but when he finds out that Alex avoided being drafted, he puts a condition - he will give them the house if Alex will finish the training course in his unit. Soon the unit will have to take part in important exercise that could determine future of Kommandant Reiker.

Comedy about a pacifist, who has to join the training course of Swiss Army in order to find a place to stay with his fiancee. Although Switzerland is neutral since 1815 the country maintains army and has conscription for men from age of 20 to 34. Ready, Steady, Ommm! is a rare chance to take a look how Swiss Army actually looks like - the film presents the training unit that is different from combat units, but still gives a fresh look on the theme. Of course since it is comedy the realism was not the highest priority for the creators, but film is quite entertaining and shows some spectacular views on the Alps. 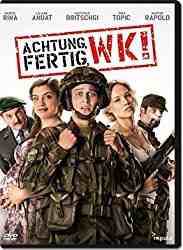 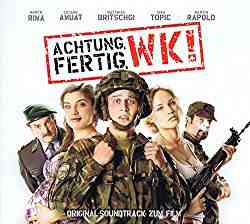