After events that took place in Rambo: First Blood Part II John stayed in Asia, in Thailand he makes living on fishing and taking part in fights for money. Colonel Sam Trautman visits him while he is putting together a team of mercenaries for CIA mission in Afghanistan and he would like Rambo to be part of it. Afghanistan is torn by war started by Soviet invasion and US government wants to help the Afghan warriors in their fight against Soviet Army. But John refuses to take part, he is tired of fighting and just wants to keep low profile. Trautman proceed with his plans anyway, but his team is ambushed while crossing the border - he is captured and his men are killed by Soviets. Colonel Zaysen takes Trautman to old mountain fortress, now used as military base, to interrogate him. US embassy official contacts Rambo about the fate of Trautman and with information that there will be no rescue mission to help him since this could drag United States into the war with Soviet Union. However Rambo is given permission to undertake a solo rescue mission, but with one important condition, that he has already heard before - in case of him being captured or killed US government will deny any involvement. John flies to Peshawar in Pakistan, where he seeks a guide who would take him to the base. Mujahideen are reluctant to help him, fearing the revenge of Soviets. Their suspicions are confirmed when Soviet helicopters, tipped by the secret agent, arrive to village and destroy it.

Third movie from the Rambo series take the main character on another covert operation, this time to Afghanistan, where his mentor Colonel Trautman is being kept prisoner. Rambo III is continuation of the previous title, again the adventure value was put over realism, and again the creators went a little bit too far (just to mention two scenes - Rambo and Trautman against column of enemy vehicles or the helicopter duel). For adventure flick it is decent entertainment, but lack of realism makes it another disappointment in the series. 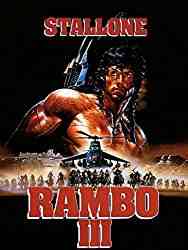 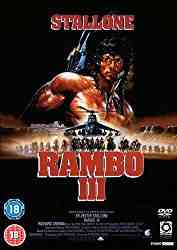 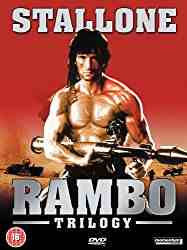 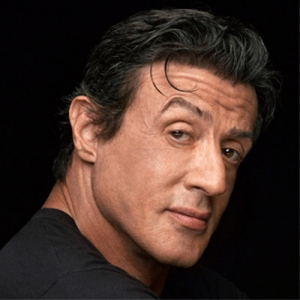