Partial biography of one of the most controversial American generals - George S. Patton. The film presents the part of his career when he gain most fame - during World War II. We first see him as he arrives to Africe where American soldiers morale is low after the Battle of the Kasserine Pass. Patton bossted the morale, restored the order among the troops.

After the successful operations in Africa Patton is sent to Sicilia where he started his rivalry with British General Bernard Montgomery - Patton was pushing his troops with great speed, which on one hand was leaving the Germans and Italians with no time to regroup and prepare the defence, but on the other hand was causing large number of casualties among Americans.

After the controversies around him he was set aside during the D-Day (also as a part of deception around the operation), but later he got the command of Third Army and again started the race against Montgomery, this time towards Berlin. Also his famous counterattack towards Bastogne, during the Battle of the Bulge is depicted and how Patton was coping with the politics after the war.

Patton was an icon of American armoured troops and this film tells the story of that icon. On one hand we see all his virtues, but unfortunately we don’t see all of his flaws. For example it is mentioned that his troops caused most losses to German Army during the World War 2, but the fact that he also cause very heavy losses among his own troops was ommited. Also his "rescue" of the troops surrounded in Bastogne (which was a huge logistic challenge) was later discounted by those troops - they insisted that no help was actually needed. He had very strong views on war and politics, which maked him great leader of the troops, but very poor diplomat and politician.

Film made with a lot of effort depicts all the major campaigns of Patton with only small historical inaccuracies, but with the huge problem that none of the original tanks were used in the film (American tanks made after the war were pretending to be Shermans or German tanks, which in a movie about the icon of the armoured forces is rather pathetic). 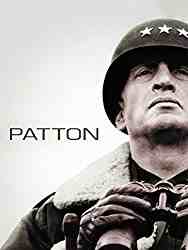 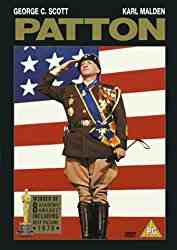