Nuremberg Trials as seen by the American lawyers, who were chosen to organize them.

Documentary-like story of preparations and the course of what is known as Nuremberg Trials. Robert Jackson is chosen by the American president to prepare a war crimes tribunal against the surviving Nazi leaders. He has to prepare the rules of the tribunal, organize the place where it can take place and what is most important overcome the reluctance of Allies and Russians to work together.

Interesting movie showing not only the Nuremberg Trials, but also events surrounding the tribunal - from logistic and law problems to the interactions between guards and the imprisoned Nazi leaders. 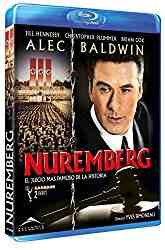