After almost 60 days of heavy fights against Germans in besieged Warsaw Polish insurgentsâ€™ supplies are running low. They have suffered heavy losses in men and weapons, Germans are closing the circle with help of flame throwers, Stuka bombers and Goliath mines. The insurgents need to relocate to other part of the city in order to avoid total annihilation. The only way to do it in demolished city is to go down the labyrinth of sewer system so far used only to deliver messages.

Very realistic and powerful portrait of Polish insurgents during the Warsaw Uprising. It shows the fall of uprising when insurgents were pushed to tiny part of the city and had to find a way out just to survive. The script was written by a survivor of such journey through sewers. Of course, as in most of Wajdaâ€™s movies, there are some parts of the movie that could be hard to understand for someone who doesnâ€™t know much about Warsaw or the uprising. 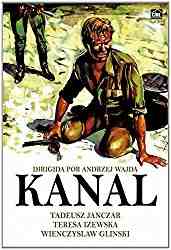 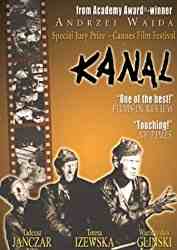