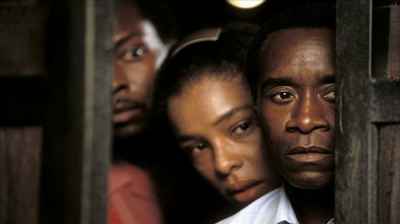 When genocide in Rwanda begins Paul Rusesabagina, manager of hotel in Kigali, has to find a way to save his family, but soon he becomes the last hope for Tutsi looking for refuge from the horror flooding the streets.

During the civil war in Rwanda in the capital city, Kigali, life seems to be running the usual way, tourists still are coming to stay in the luxury hotels, the merchants are making money providing them with imported food and drinks, but there is something in the air. Since the raids of Rwandan Patriotic Front has began the army is providing weapons and training to the Hutu militias. Paul Rusesabagina, manager of Belgian owned hotel, tries to stay away from the politics, but with each day the tension between Hutu and Tutsi arises. Although he is Hutu, he tries to have good relationships with both sides, providing expensive alcohol to generals visiting his hotel, at the same time avoiding declaring himself as the Hutu militias supporter. One of his providers tells him about final extermination of the Tutsi being prepared by the militia and when he will hear the radio message "cut down the tall trees" he should join the Hutu. Paul is stunned to learn that someone he knew is such extremist, but just hours later the tension on the streets turns into violence. When the president of the country is killed Paul hears the "cut down the tall trees" message and has to rush home and protect his wife, who is Tutsi.

War movie based on true story of Paul Rusesabagina, who during the Rwandan genocide had to change from being hotel manager to become a last hope for the Tutsi seeking refuge in Kigali. When the Hutu militiamen were terrorizing the city and killing any Tutsi people, no matter young old, men or women, inside the hotel walls Paul Rusesabagina was trying to save the people, who were seeking refuge there. A very moving film showing how in the face of horror surrounding us we can still remain human beings. 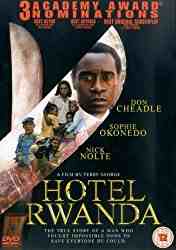 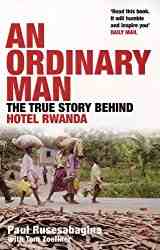 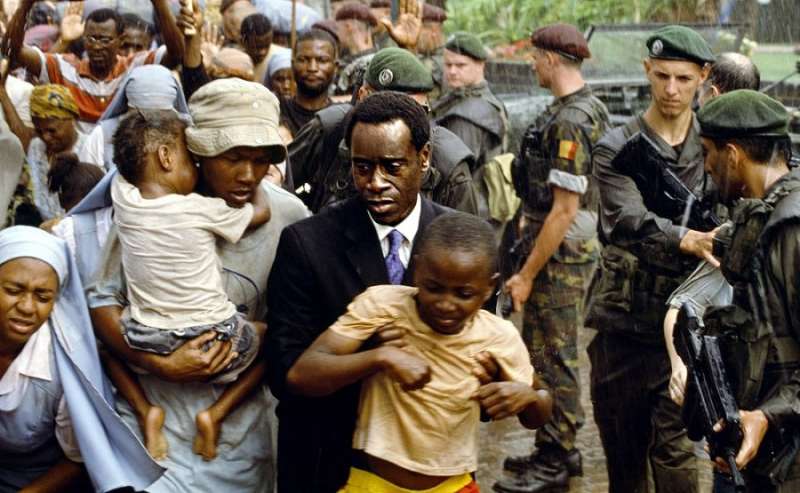