Life of the villagers in Southern Vietnam changes when politics hit their country and turn their world upside down.

In 1950s the life of inhabitants of secluded village in Vietnam suddenly changed - politics got involved in their peaceful lifes together with soldiers and partisans. Teenage girl Le Ly observed how French army took over the terrain, later came Viet Cong and the South Vietnam army until the break out of Vietnam War, when the Americans came in. Since her village was in the area where Viet Cong was active she was arrested and tortured by South Vietnam soldiers, later raped by Viet Cong, who suspect her of being a traitor. Together with her family she was forced to leave the village and move to Saigon, where she found the employment as maid in a household. Believing that her employer is in love with her she starts an affair with him that leads to a pregnancy. From that point she becomes estranged from her family and tries to make it on her own in Saigon. Here she meets an American soldier Steve Butler when she gets involved in stealing his money. She was hoping not to meet him again, but he is stubborn and soon they fell in love.

Another Oliver Stone movie about Vietnam War, but this one is very unusual for Stone - instead of concentrating on experience of American soldiers in the jungles this time he presents the true story of Le Ly and her family during the conflicts in Indochina. We see how civilians were affected by the wars - even if they didn’t want to get involved in politics the politics just burst into their life spreading fear, death and destruction. Even though the film shows completely different perspective from Platoon or Born on the Fourth of July, the message is still the same - no one gets through the war without injuries, physical or mental. 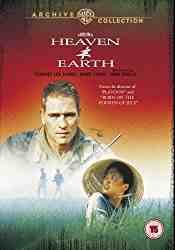 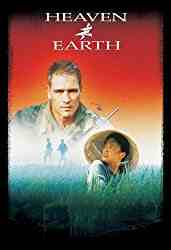