Fires on the Plain war movie

Fires on the Plain war movie

Fires on the Plain

In 1945 Japanese Imperial Army wasn’t looking like the force that conquered most China and Malaya - even for the regular soldiers the defeat against Allied forces seemed inevitable. Americans seemed to have unlimited sources of fuel, food and soldiers while Japanese was running low on pretty much everything. Fires on the Plain shows how the regular soldiers struggle to survive in hostile environment after the American landing on Leyte. Japanese were demoralized, cut of from any sources of supplies, they lacked food, ammo and their single aim was to break through to the coast town of Palompon, where they believe ships could pick them off the island. But American troops flood into the terrain leaving Japanese very little space to hide. With each day the Japanese are more and more desperate, which pushes them to more and more desperate measures, including cannibalism.

Japanese war film presenting the other side of the conflict and other side of Japanese army - not the ruthless conquerors of the Pacific, but beaten up, hungry and helpless Japanese soldiers. The movie hits the viewers with grisly realism not seen in other war movies (especially not American ones from same era). There are no heroes, just hungry, dirty people driven to the last resorts just to survive.

Very important and very powerful movie, but only for the viewers with strong stomach, showing that in every conflict behind the uniforms are human beings with their basic instincts.

Fires on the Plain full movie 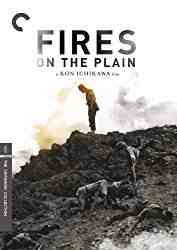 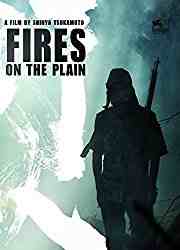 Creators of Fires on the Plain

Cast of Fires on the Plain

Events depicted in Fires on the Plain