Cryptanalyst Tom Jericho returns to Bletchley Park after he suffered a breakdown due to failed love affair with Claire, who also worked at Bletchley. Jericho is allowed to rejoin the team of cryptanalysts when German suddenly change the code used in their Enigma machines. Jericho broke the code known as Shark, which allowed Allies to read all the German communications for months. Now, when the cipher has changed they have to start their work from the beginning. But at the same time Claire vanishes and MI5 agents begin to take a good look at Jericho. Under their surveillance he teams up with Claire’s roommate Hester and together they try to unveil the mystery behind the cyphers Claire has hidden before her disappearance.

War film based on the Robert Harris novel tells the story of cryptanalysts from Bletchley Park and their race against time to break the new code of Enigma. It is loosely based on true events, but in fact most of the plot is fiction. There was Bletchley Park, there were cryptanalysts, there was Katyn Massacre and there were U-Boats on the Atlantic. Rest of the plot is complete fiction.

Both film and novel were criticized for using the real events from World War 2, but omitting part of the truth or twisting the facts just to make the story more spicy. Overall it is more thriller that takes place during the war rather than war movie, but it gives a glimpse into how Bletchley Park worked and how did they gathered the informations needed to break the Enigma code. 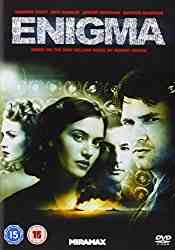 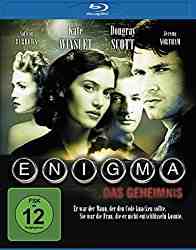